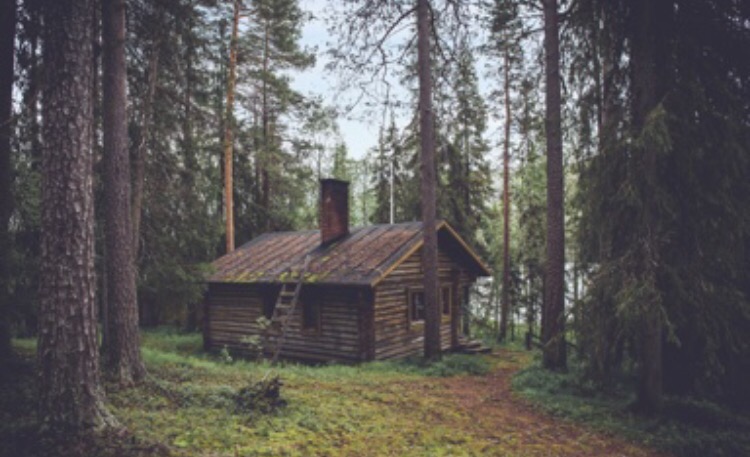 The recent popularity of zombie/end of the world scenario type movies has left a lot of people planning for what to do in an ‘end of the world’ emergency. Many people seem to have a lot of confidence in what their plans of action would be. But I don’t think it’s enough. We’ve overlooking CRUCIAL aspects in our SHTF planning.


Having canned food isn’t enough. If the grid goes down & a working society ceases, chaos will be coming, quickly. Having lots of non perishable food in the basement will be very beneficial, and it’s something you should have. However, it will run out. You need basic gardening skills. You need to have the means to collect rainwater. You need organization in your group. And you need protection. Whether you like guns or not, you’re going to need one. You’re going to need ammo, and you’re going to need to be familiar with it. Starvation isn’t going to be your problem. Being raided & murdered for something as petty as a case of Campbell’s Tomato Soup will be. Have you ever seen a family torn apart after the head of the family passed away and the children and grandchildren fight over money, toys and household items? It’s going to be like that, but amplified exponentially.


If you live in the city, you need to turn it into a farm. Gather what top soil you can, and put it on the roof or a parking lot you can monitor closely. Don’t raid the grocery stores first, raid the greenhouse for seeds. Cherish your garden and treat it like a child. Don’t take more than you need either. If you have to go through recently abandoned homes, don’t strip it, just take only what you need. There are other survivors too. Don’t take anything by force from another person. Make alliances when you can, and respectfully avoid those you can’t make friends with.

Read this:  How to Safely Sell Your High Dollar Items on Craigslist

If you get low on food & you have no other options, you can trap & kill local animals such as rats, raccoons, pigeons, and if you can stomach it, stray pets.

If you have to leave the city, respect the property of others. Large fields of “field corn” is probably okay to take a few ears from. Small fields of “sweet corn” will never be okay to take. Do not kill any livestock. Do not take from vegetable gardens. And do not forcefully take over a farm. You wouldn’t know how to operate it, even if your grandparents did have a farm that you visited once a month. Try to work out a mutual deal with the farmer if you can, and if not, move along.


If you live in a rural area, you don’t necessarily have the upper hand. You will probably be better equipped to life without electricity, and you will probably know how to hunt, gather & farm better than the average person. You may have a few shotguns, or better yet, be a gun enthusiast. As far as survival skills, you’ll know what to do better than most. But you will be under constant attack. You’ll need a good crew to survive. Hoards of people from the city will be out to kill your livestock, empty your gardens, and carry your guns & ammo away. They’re ignorant, and they’ll destroy your farm without even meaning to. It’s not their fault, but the majority has never had to grocery shop by any other way than the grocery store or farmer’s market.

Read this:  Every Town Needs these Five Businesses- Start One Today!

The average person doesn’t see a work horse, they see a meal. Instead of using a horse to plow a field or to travel, they’ll kill it, eat it, and move on. They won’t know how to preserve the meat, so all but 4 or 5 servings will rot away. They won’t see a cow that’s meant for raising calves or for milking. They see one meal. Same with hens that lay eggs, and goats that make milk. Bring your livestock in close where you can watch it, and monitor it 24/7 with a loaded gun. Your farm dog and your noisy guinea birds will be your greatest asset when it comes to protection.

If someone from your group goes hunting, make sure they don’t go alone on the chance they might cross paths with another group. Make sure the person accompanying him is level headed and a good communicator.

It’s probably a good idea to take in a few neighbors or people from the city. You just need to make sure they’re willing to work, have the ability to learn, be a team member, and listen to your advice. Don’t take in every one who crosses your path. You can’t feed the nation all by yourself. Don’t be afraid to set up electrified barbed wire, and home made traps/bombs for trespassers. And check these traps for wildlife frequently. That could be another meal for your family.


Always be learning as much as you can about the natural disaster, or what caused the grid to go down. There may be ways you can help get it going again. Collaborate with other groups and learn the skill of trading. You’ll need it, especially if you lead a small group with limited skills.


The season that the grid goes down will play a major role too. If it’s during the summer, farmers will be in danger of metropolitan people destroying their properties. If it’s during the winter, farmers and people in the countryside will have the advantage (because they already have wood stoves & wood piled for it). People living in the city who lack basic survival skills will start dying off because of exposure. Blankets and poorly made fires will only do so much. If the cold doesn’t kill them, the sickness from the rotting bodies during the spring will. There won’t be any one around to collect and dispose of the bodies, putting those in subdivisions, cities and large towns in great danger. The larger cities have water pumped into them, sometimes from 200 miles away. That will stop when the grid does down, and many will die of dehydration. Experts predict that rural areas will lose 40% of their people, while those in the city could lose 90-95%.

Read this:  Thriving Over Winter as a Homesteader

While the idea of the grid going down seems silly to many, it is a very real option. Preparation is key to survival. If you’re not willing to prep, don’t be willing to take. For more information and resources, check out these websites. Some have crucial information for survival, and others have great products such as water purification bottles, ham radios, CBs, MREs, ammo reloading presses, and so much more.