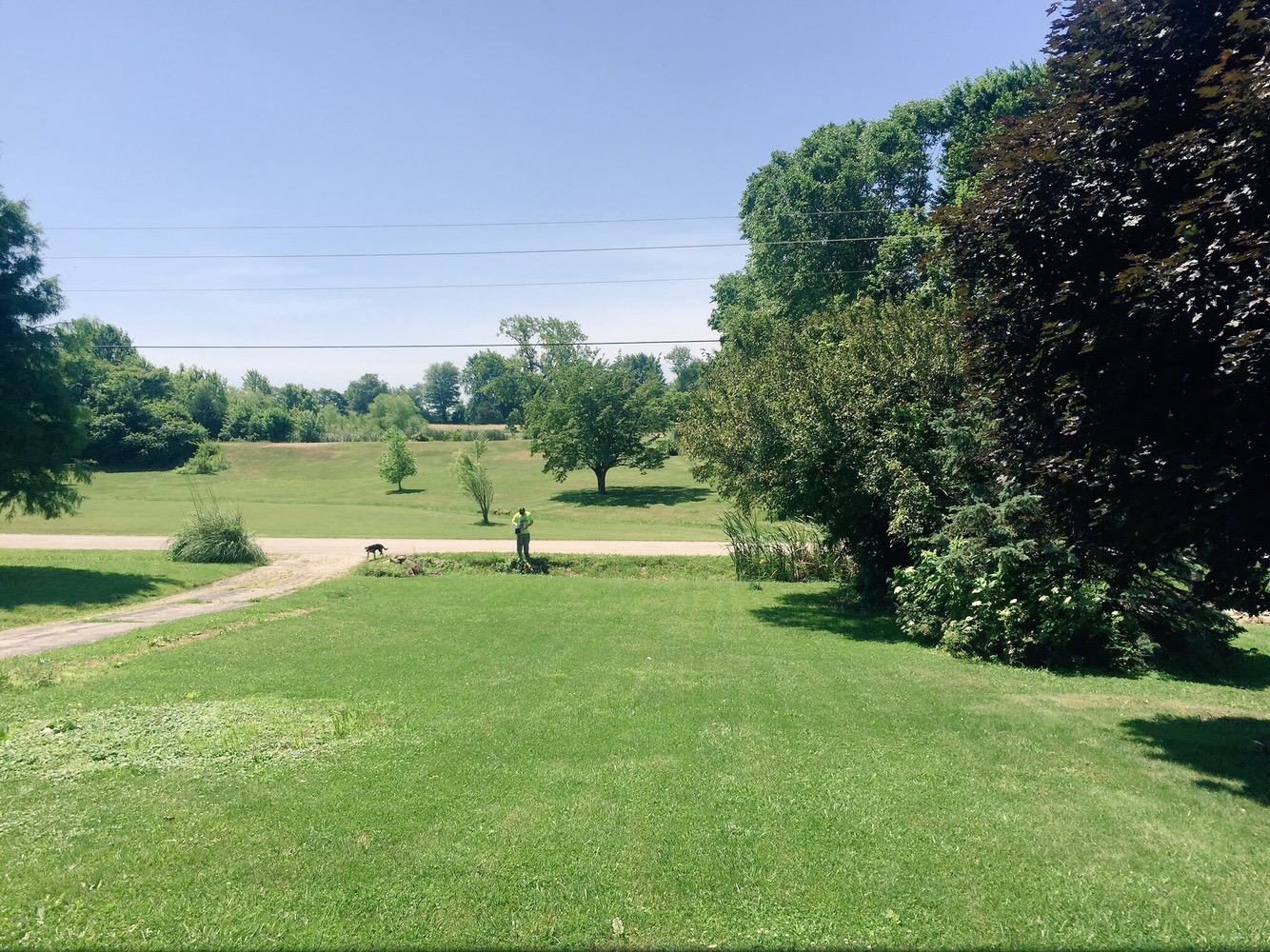 “Sarah, I noticed you’ve been using a push mower, would you like to use my zero turn?”

“No, I’m fine but thank you very much”

“I know you’re fine but, that seems like a lot of work, you can use mine or I can help you find one, they aren’t that expensive”
“I know, but I like my mower fine, it works well, and it I really like how it makes the lines in my yard look.”
I know this recent conversation probably sounds like a humble-brag, but it’s is the latest example I can think of. I see good people, friends and family alike- who work themselves to the bone trying to keep providing more and more ‘conveniences’ for themselves and their families. I think a lot of us have forgotten how to live simply. We get worked up trying to keep buying the latest and the greatest, and to not ‘look poor’. To me this just seems ridiculous. Why should I pay more to get a new lawn mower when I have a perfectly functional one, good health, strong legs, and a yard that isn’t monstrously large?
I’ve definitely understood depression. I’ve woke up some mornings, stared at the ceiling fan and thought to myself, ‘I just want to go back to sleep and not wake up’. Now of course, depression isn’t just because of things you don’t have, or because you aren’t yet where you want to be in life, but it is a fair portion of it. Once I learned to better control my ‘needy’ and ‘wanty’, I started feeling better. My days where I didn’t want to wake up, started to come less and less. It’s an awesome feeling.
How did I start curbing my excessive wants? I started putting my life into perspective. My next example is something I recently heard that kind of changed my life.
•A young woman sits on her town home front porch in her wheel chair, watching traffic go by, sipping her coffee, newspaper in her lap. She doesn’t know what it’s like to be able to walk down a creek, or be able to jog on a sunny day. She doesn’t get those freedoms. She relies on her wheel chair, family, and technology to take care of her. As she watches traffic, she sees a man bicycling down the road, grocery bags on the handlebars. She has a tinge of jealously bite at her heart. Does that man riding his bike know how lucky he is? To go to work, ride his bike, and be able to go home to his house, without the aid of anyone or anything?
•Meanwhile, that man on the bike is embarrassed. He can’t believe he can’t afford the insurance on his car, or the repair it requires to be road worthy again, or he made a mistake and now can never hold a driver’s license again. He’s humiliated to be pedaling as hard as he can along the side of the road, while vehicles fly past him and blow the horn at him for his slow form of transportation. He can’t help but wish for a car. Nothing pretty, but just something that keeps him out of the elements and gives him a quicker form of transportation.
•One of the cars passing by the man on the bike, is driven by a man who is absolutely sick of his car. It has a funny tick when it idles, the windows don’t function, it doesn’t have heat or A/C, and it’s paint is chipped away. He longs to have a new sedan, one that is beautiful, functional, and something newer than the late 60s model he drives.
•Two cars behind the man with the loud, ticking, rusted car, is a woman. She sits in her beautiful Ford 500, air conditioning on, waiting for the light to change. She watches an a well dressed man, sitting in his luxury sports car. She can’t help but dream of the day she’ll earn her promotion and buy a car like his. She’s been dreaming about that day since she was in high school.

Read this:  Why Voting is (Nearly) Pointless

•The same man with the gorgeous, perfectly painted, completely upgraded sports car drives to his corner office. He’s sick and tired of his big time career, his demanding wife, and how his children treat him. He wants a break from everything, but he can’t afford to with his expensive home he still pays on, and his family’s extravagant tastes. Along the way, he can’t help but notice the pretty woman sitting on her porch. He can’t help but think what he would give for a good cup of coffee, a veranda, all the time in the world, and a newspaper he doesn’t have to slave over.
It’s our human nature to want more than what he have. It’s what drives us and it’s what makes us want to keep improving and developing ourselves and the world around us. But, I think it’s important for us to not get so wrapped up in this that we drive ourselves to depression. Let’s just take a moment today to be thankful for what we have.
Furthermore, let’s be thankful to live in a country that doesn’t restrict how many children we’re allowed to have. One that doesn’t enslave and sell its own people. One that allows for free speech. One that allows us to protect ourselves and our families against crazy people, and a potentially tyrannical government. A country that lets us love who we want. Let us be thankful that we have a country where it is illegal to rape, kill, and steal. A country that protects not only itself, but other, weaker and foreign countries and their people. Let us be thankful to live in the greatest country in the world, where the men and women pull together in times of need to stop the evil in this world.
With all this in mind, is it really that big of a deal that you don’t yet live where you want to live yet? Is your form of transportation that terrible? Is it truly a problem that you haven’t landscaped your property yet? Are you really going to let the insignificant stuff break you? A content heart is the best gift you can ever give yourself. Let’s give thanks for what we’re blessed with and give our problems to God.
As always, thank you for reading. Your time and support is so appreciated!