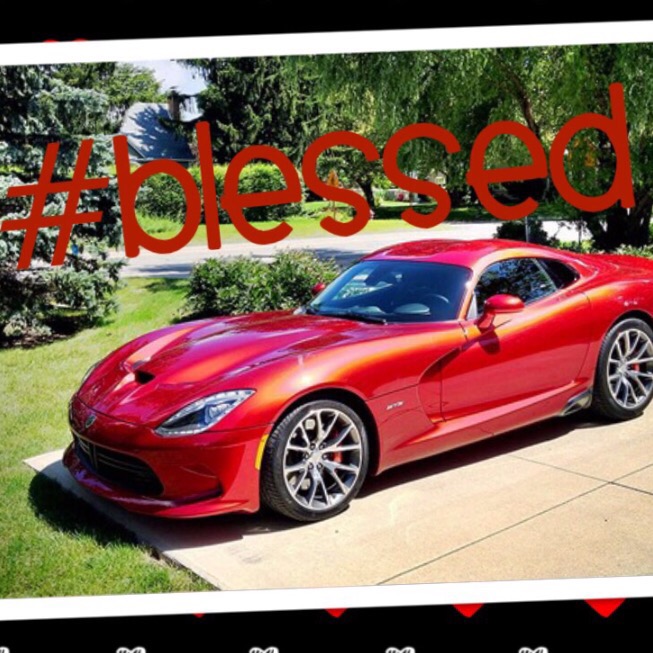 A phrase that seems to be really popular right now is “blessed, not lucky”. Or a quick “#Blessed” when we show off our new toys on social media. It’s short, sweet, sincere and it kind of gives thanks to God for what we have. But it’s driving non believers away.

Do you remember your elementary school days? Think back to when your parents sent in junk food before Christmas breaks, and you were excited to go home for a few weeks. Then you were excited to go back in January so you could see your friends again & share the new gifts that Santa brought you. In your class, regardless of your class size, you probably had two completely different friends. One of them, probably had to be pulled off of his new gaming system to come to school. Santa had given him the latest system, games, and other various, relatively high end gifts.

And then there was the other friend. He didn’t talk much about his new toys, because he probably didn’t get them. His Santa Claus brought him second hand clothes, fruit, candy, and perhaps a few toys, but certainly not the latest Xbox or Playstation. Why does Santa Claus love the first kid more than the second? They both were good kids, and maybe the kid who got used clothes did even more help around the house than the boy with the Xbox. So why were their gifts not equal?

Read this:  A Rifle for Every Purpose

Now, with that scenario in mind, look at these phrases:

— “I’m not lucky, God has just really blessed us this year”

I’m not saying we shouldn’t give thanks to God for what have, because we absolutely should! Perhaps though, we should reconsider how we say we’re blessed. The way we’ve been talking doesn’t look like we’re thankful to others, it looks like we’re bragging! So instead of talking about how we’re blessed with these things, let’s talk about how God blessed us with the strength, patience, support and perseverance it took for us to earn these things.

— “I’m blessed to have my family, who has helped me find a good job so I could afford the new car I needed”

— “I’m exhausted, but I’m thankful God gave me the motivation it took to finish this week at work. Because of my perseverance this week, I’ve been awarded a promotion!”
It’s still bragging on ourselves with the phrases above, but at least these words don’t seem like such a slap in the face to those in a rough patch. Many people today who aren’t sure about God- blame Him for not stopping natural disasters, tragedies, and difficult days they’re having.
By avoiding saying we’re blessed with material things, and drawing attention instead to the strength, motivation, and inspiration He gives us, we can possibly reach out to more new people. After all, God didn’t drop that new car in your driveway- He gave you the resources you needed to go earn it for yourself. And that’s the real blessing.
As always, thank you for reading!

Read this:  Keeping a Happy Heart